A Most Peculiar Act: A Novel Marie Munkara 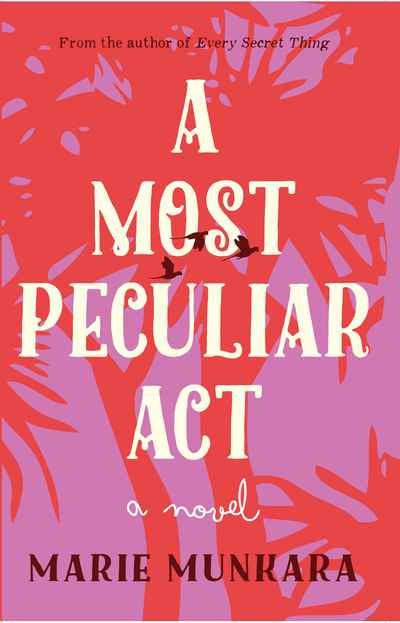 A Most Peculiar Act: A Novel
Marie Munkara

'The narrative voice is yarning, chatty and sardonic, but under all the jokes and stories there's a sharp critique of bureaucrats and institutions, and an appreciation of the heroic nature of resistance.' — Kerryn Goldsworthy, The Sydney Morning Herald

In this biting and hilarious novel from Marie Munkara, A Most Peculiar Act takes a look at the ludicrous and bizarre nature and interpretations of the Aboriginal Protection Acts of the early twentieth century —and makes merciless fun of the characters involved. The story follows the trials and tribulations of Sugar, a 16 year-old fringe-camp dweller.

Set in Darwin, just before the Japanese bombing raids, we meet characters such as: Horatio Humphris (Horrid Hump), chief protector of Aboriginals, teetotaller and 42 year old virgin; Ralphie Brown, who has the unedifying honour of being the only public servant to ever be sacked; Drew Hepplewaite, redneck racist and female patrol officer armed with balls of steel; and the Administrator's wife, Penelope, who has a fetish for anything oriental.

With the Aboriginal Ordinances Act and the 'White Australia' policy as a backdrop, Sugar's resistance to assimilation becomes a protracted battle that culminates in the Christmas party from Hell. Interspersed with illicit affairs, stolen children, leprosy and 'fucking foreigners,' this story sees Sugar and her oppressors finally face off in a way none ever expected.