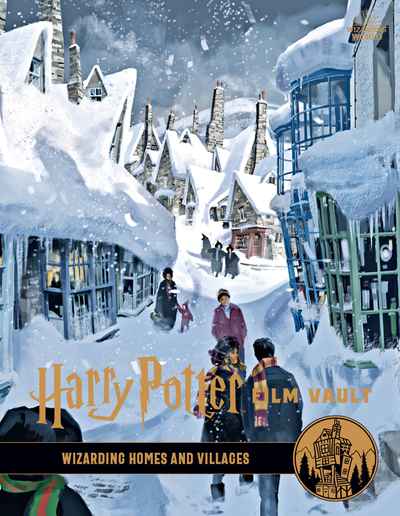 Discover the filmmaking secrets behind wizarding homes and the snowy village of Hogsmeade.

Revisit the Harry Potter films and learn all about wizarding homes, such as The Burrow and the Lovegood house, as well as wizarding villages such as Hogsmeade and Godric's Hollow.

Harry Potter: The Film Vault compiles the filmmaking secrets and visionary artistry behind the Harry Potter films into a series of twelve deluxe collectible volumes.

In addition, a collectible poster accompanies each volume.