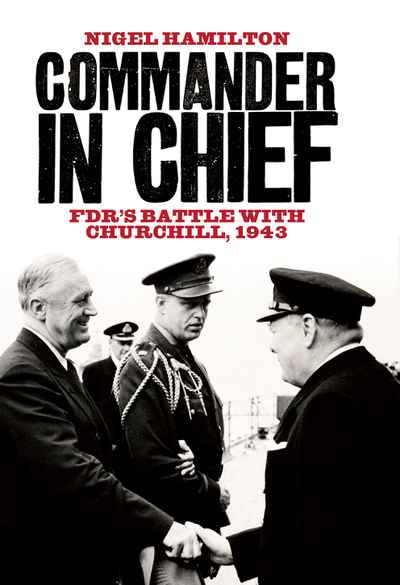 In the second instalment of his Roosevelt trilogy, Nigel Hamilton tells the astonishing story of FDR's year-long, defining battle with Churchill, as the war raged in Africa and Italy. Commander in Chief reveals the astonishing truth - suppressed by Winston Churchill in his memoirs - of how Roosevelt battled with Churchill to maintain the Allied strategy that would win the war. Roosevelt knew that the Allies should take Sicily but avoid a wider battle in southern Europe, building experience but saving strength to invade France in early 1944. Churchill seemed to agree at Casablanca - only to undermine his own generals and the Allied command, testing Roosevelt's patience to the limit. Churchill was afraid of the invasion planned for Normandy, and pushed instead for disastrous fighting in Italy, thereby almost losing the war for the Allies. In a dramatic showdown, FDR finally set the ultimate course for victory by making the ultimate threat. This volume of Nigel Hamilton's FDR War trilogy shows FDR in top form at a crucial time in the modern history of the West.