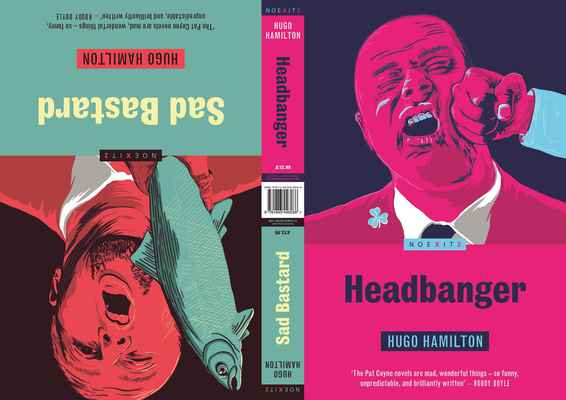 Two brilliant, funny and unpredictable crime stories from a master of the genre

Headbanger - Pat Coyne is a Dublin policeman who is passionately devoted to sorting out the world and its problems. For Coyne, such things as cars, crime, pollution and golf are all ominous signs of a disintegrating society. The world is committing suicide, with MTV droning in the background. Coyne's principal mission is to deal with crime, Ireland's biggest growth industry. Though only a cop on the beat, he decides to take on the notorious gang leader, Drummer Cunningham. When a murder investigation leaves detectives clueless, he enters into a personal feud with the underworld, resulting in disastrous consequences for himself and his family. Coyne is a Dublin Dirty Harry for whom everything begins to go wrong.

Sad Bastard - Garda Pat Coyne - aka 'Mr Suicide' is back. Injured in the line of duty, he is now out of work with too much time on his hands. Living alone, he's become more obsessive and volatile, developing a fetish for women's knickers. When a body washes up on the docks, the prime suspect is none other than the former Garda's son, Jimmy. Like father like son, both Coynes are notorious for their sweeping spells of self-destruction. But while Pat's motives lean toward cleaning up the world's messes, Jimmy possesses a taste for mayhem. Coyne's estranged wife blames him, his mother-in-law berates him, and his therapist labels him psychotic. But when a duo of criminal thugs try to kill his boy, Coyne decides that it's up to him to straighten things out.