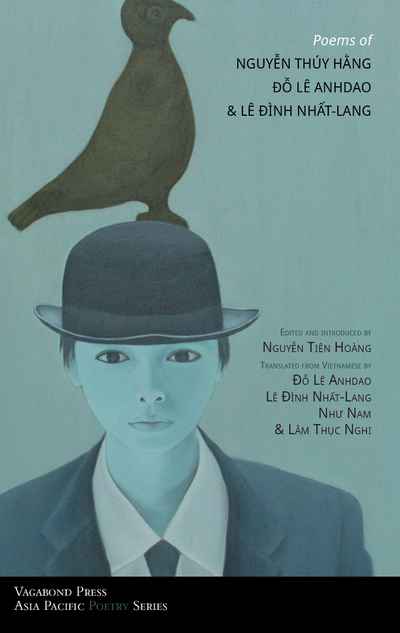 A visual artist who lives poetry in Saigon, an illusionist who works theatres and boardrooms across the US, a journalist-translator who mediates new media, in this collection these three prominent voices in contemporary Vietnamese poetry bring to world literature the diversity and richness of poetic expressions in a fast-changing world. Nguyễn úy Hằng, in her blistering take on rimbaud’s A Season in Hell, delivers a case study in hallucinations and neurosis; her poems enter the realm of stasis, rearrange and reconstruct dream sequences to bring out a language that moves and dances, rejects and embraces, taking the audience with her movements in a tour de force. with puns and wit, Đỗ Lê Anhdao’s satirical poems speak strongly for many of her generation on transitory-ness, race and gender politics, confusion and dislocation. Satire at its most effective and timely, her poems are anarchistic, mischievous: a show of strength that takes masquerades and irony by the scru . Lê Đình Nhất-Lang’s poems are meditations on a kaleidoscope of the past and now; they are packed with indelible images and drawn with a delicate touch. “Make it New” and “Make it real”, the poet writes, being in the zeitgeist, being on the street, being close to the Essence of things. This twelfth volume in Vagabond’s Asia Pacific series gives readers three of the most formidable voices from the current generation of Vietnamese poetry.