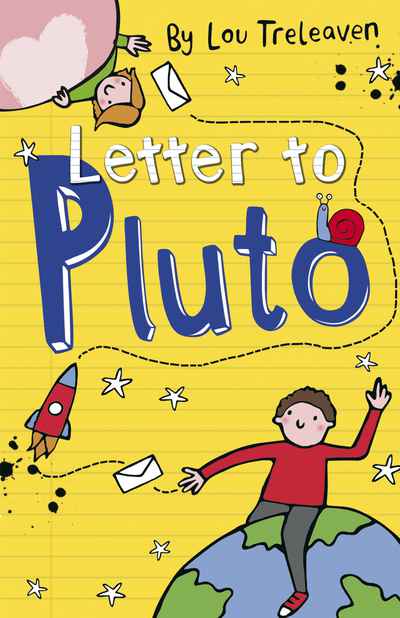 Jon and Straxi start out on a letter-writing mission, but end up on a planet-saving journey!

Jon’s teacher Mrs Hall wants to keep the art of letter writing alive much to Jon’s annoyance. He is assigned Straxi as a penpal and they exchange letters telling each about their families, where they live and sending presents, like quills and very smelly vomblefruit! When the President of Pluto decides to get rid of the smelly Vomblefruit trees in hope that it will encourage tourists to visit Pluto, he ends up causing more damage than he expected. Everything on the planet begins to die and Jon and Straxi are in a race against time to save the planet by sending back the only Vomblefruit left in exisitence - the one in Jon’s garden.