New Kings of the World: Dispatches from Bollywood, Dizi, and K-Pop Fatima Bhutto 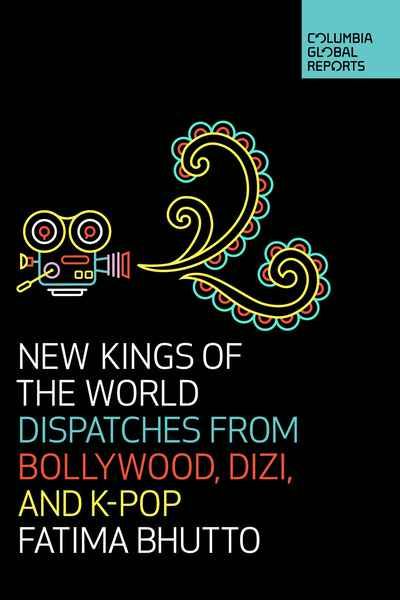 New Kings of the World: Dispatches from Bollywood, Dizi, and K-Pop
Fatima Bhutto

'...witty and packed with detail, this is an intercultural shot that should be heard around the world' — Kirkus Reviews, Starred Review

'Bhutto carefully dissects the guts of our popular culture...essential to understand the soul of our times.' — Ece Temelkuran

There is a vast cultural movement emerging from beyond the Western world. Truly global in its range and allure, it is the biggest challenge yet to Hollywood, McDonald's, and blue jeans. This is a book about these new arbiters of mass culture arising from the East — India's Bollywood films, Turkish soap opera, or dizi, and South Korean pop music. Carefully packaging not always secular modernity with traditional values in urbanised settings, they have created a new global pop culture that can be easily consumed, especially by the many millions coming late to the modern world and still negotiating its overwhelming challenges.

Acclaimed author Fatima Bhutto profiles Shah Rukh Khan, by many measures the most popular movie star in the world: goes behind the scenes of Magnificent Century, Turkey's biggest TV show, watched by upwards of 200 million people across 43 countries: and travels to South Korea to see how K-Pop started it all, and how Gangnam Style became the first YouTube video with one billion views.

'A probing look at some of the shifting tides of global culture. Having borne witness to the throes of political upheaval in her birth country of Pakistan, journalist and novelist Bhutto here explores the local roots and global impact of three contemporary pop-culture game-changers: Bollywood (India), dizi (Turkey), and K-Pop (Korea).' — Kirkus Reviews, Starred Review

'Fatima Bhutto is one of the most stylish, thoughtful writers in the world today. This book will make you gurgle with cultural pleasure.' — Johann Hari

'A delight, a must-read. Fatima Bhutto is the modern renaissance woman: after a searing memoir and an exploration of 'ISIS brides,' she turns her diagonal gaze across global pop culture, away from and beyond the lingua franca of English. The result is as effervescent as her subject matter: a hilarious and intelligent understanding of pop as primal need in contemporary life.' — Ed Vulliamy