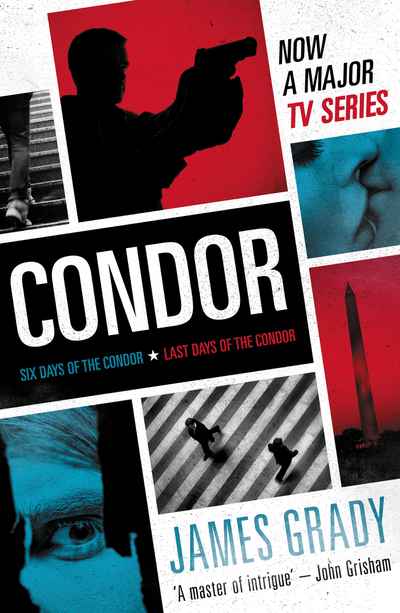 SIX DAYS OF THE CONDOR: When Malcolm discovers his CIA colleagues butchered in the bloodspattered office he realises that only an oversight by the assassins has saved his life. He contacts CIA headquarters for help but when an attempted rendezvous goes badly wrong he realises that no-one can be trusted. Code-named Condor, Malcolm disappears into the streets of Washington, hoping to evade the killers long enough to unravel the conspiracy - but will that be enough to save his life?

LAST DAYS OF THE CONDOR: Look in the mirror. You're nobody. You know pursuing the truth will get you killed. But you refuse to just fade away. You've been designated an enemy of the largest secret national security apparatus in America's history. All assassins' guns are aimed at you. And you run for your life, branded with the code name you made iconic: Condor.