Burned Alive: Bruno, Galileo and the Inquisition Alberto A. Martinez 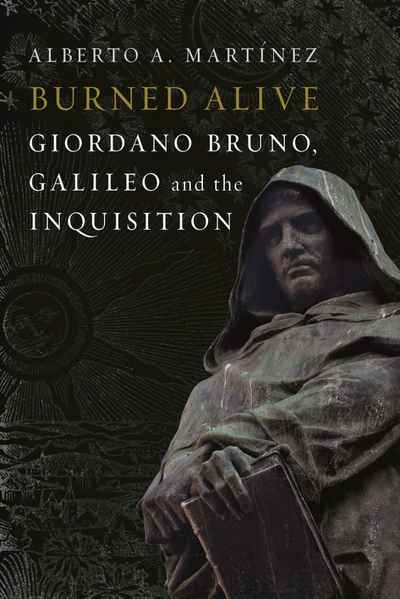 Burned Alive: Bruno, Galileo and the Inquisition
Alberto A. Martinez

In 1600 the Catholic Inquisition condemned the philosopher Giordano Bruno for his heretical beliefs. He was then burned alive in a public place in Rome. Historians, scientists and teachers usually deny that Bruno was condemned for his beliefs about the universe and that his trial was linked to the later confrontations between the Inquisition and Galileo in 1616 and 1633. Based on new evidence, however, Burned Alive asserts that Bruno's beliefs about the universe were indeed the primary factors that led to Bruno's condemnation: his beliefs that the stars are suns surrounded by planetary worlds like our own, and that the Earth moves because it has a soul.

Alberto A. Martinez shows how some of the same Inquisitors who judged Bruno also confronted Galileo in 1616. Ultimately the one clergyman who wrote the most critical reports used by the Inquisition to condemn Galileo in 1633 immediately wrote an unpublished manuscript, in which he denounced Galileo and other followers of Copernicus for believing that many worlds exist and that the Earth moves because it has a soul. This book challenges the accepted history of astronomy and shows how cosmology led Bruno bravely to his death.