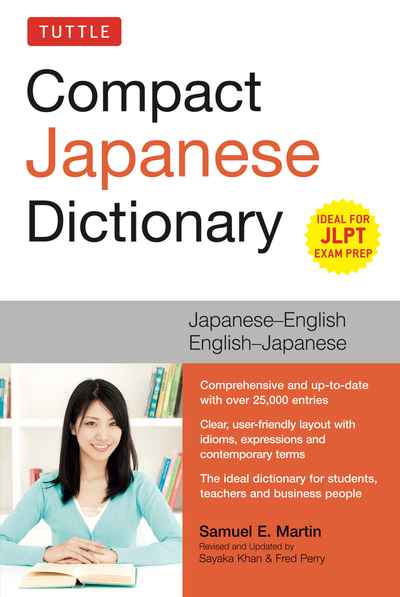 The Tuttle Compact Japanese Dictionary is completely updated dictionary designed for students and business people who are living in Japan and using Japanese on a daily basis. Its greatest advantage is that it contains many recent idiomatic expressions which have become popular in the past several years and which are not normally found in other competing dictionaries. It also contains a comprehensive pronunciation guide and detailed notes on Japanese grammar.

The layout of the dictionary is extremely user-friendly. Headwords are highlighted and all entries are listed in alphabetical order according to their romanized forms. Japanese scripts forms are given alongside the romanized equivalents to allow learners to quickly master the written Japanese forms of words.