Cai Lun: The Creator of Paper: A Story in English and Chinese Li, Jian, translated by Yijin Wert 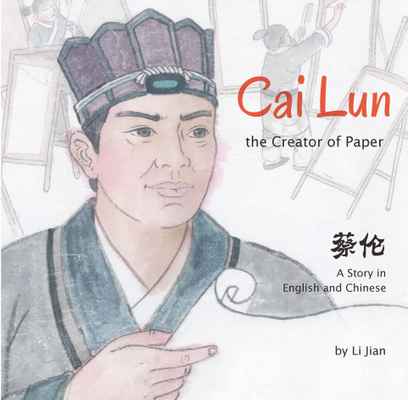 Cai Lun: The Creator of Paper: A Story in English and Chinese
Li, Jian, translated by Yijin Wert

Cai Lun was called into the Palace to serve the Emperor at the age of 15. He was smart and studied hard. Soon he was promoted to be an attending official in charge of documentation. At that time, documents were written either on tablets of bamboo strips or on silk. Bamboo strips were heavy and silk were expensive. The Emperor was very unhappy about it. Therefore, Cai Lun was determined to find another durable material that would be good for writing including a light-weight quality with a soft writing surface. Cai Lun began his experiments with all the cheap natural material that he could find such as dry grass, bark, fishnet and old ropes. With the support from the Emperor and the help of the imperial craftsmen, Cai Lun successfully invented "paper" after many attempts. The innovation of paper made it possible to keep records and also paintings.