May 2020 Fiction & Entertainment Shortlist for Award

The Enlightenment of the Greengage Tree Shokoofeh Azar 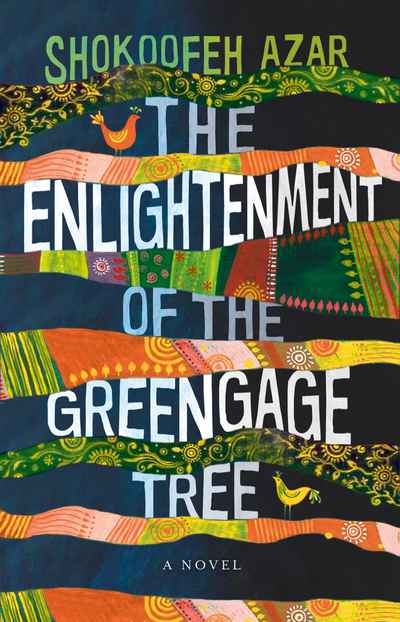 The Enlightenment of the Greengage Tree
Shokoofeh Azar

*Shortlisted for the Stella Prize 2018*

*Shortlisted for The University of Queensland Fiction Book Award 2018*

*Shortlisted for the 2020 Adelaide Festival Awards for Literature*

An extraordinarily powerful and evocative literary novel set in Iran in the period immediately after the Islamic Revolution in 1979. Using the lyrical magic realism style of classical Persian storytelling, Azar draws the reader deep into the heart of a family caught in the maelstrom of post-revolutionary chaos and brutality that sweeps across an ancient land and its people.

The Enlightenment of the Greengage Tree is really an embodiment of Iranian life in constant oscillation, struggle, and play between four opposing poles: life and death; politics and religion. The sorrow residing in the depths of our joy is the product of a life between these four poles.

'The Enlightenment of the Greengage Tree is a fantastical tale set in post-revolutionary Iran that concentrates on a family’s tragedies, loves, and losses. It’s a work of magical realism with plenty to unpack...Nods to poetry and literature make the parables of The Enlightenment of the Greengage Tree engaging, tantalizing, and memorable.' —  Foreword Reviews

'If ever there was a book that needs to be read more than once, this is it.' — ArtsHub

'This novel is an exciting development in Australian publishing.' — ANZ LitLovers LitBlog

'Living in the 21st Century is not for the faint hearted, so it’s no surprise that writers of literary fiction are looking clear-eyed at schisms of times past and the capacity of humans for brutality. Stylistically similar to Eka Kurniawan’s acclaimed Beauty is a Wound, this novel is set in the aftermath of Iran’s Islamic Revolution of 1979. Many scenes, most memorably Azar’s handling of Beeta’s fate, blend heavy darkness with allegorical flights of imagination, marking the author as an assured fabulist. She brings to colourful life an extended family replete with beauty, humour, and tragedy" — WritingWA