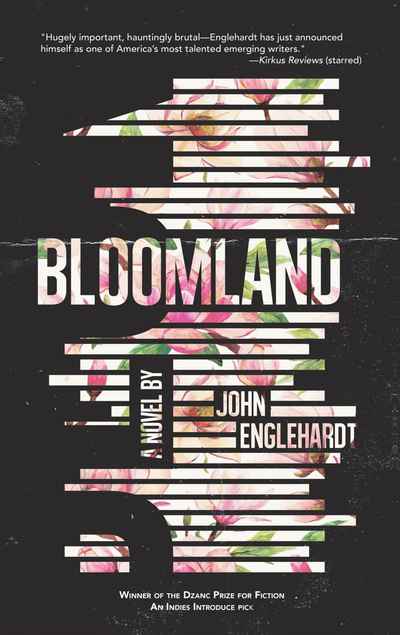 Full size image
WINNER of the Dzanc Books Prize for Fiction
An Indies Introduce Pick
A September Indie Next Pick
'Hugely important, hauntingly brutal—Englehardt has just announced himself as one of America’s most talented emerging writers.' — Kirkus, starred review

Bloomland opens during finals week at a fictional southern university, when a student walks into the library with his roommate’s semi-automatic rifle and opens fire. When he stops shooting, twelve people are dead.

In this richly textured debut, John Englehardt explores how the origin and aftermath of the shooting impacts the lives of three characters: a disillusioned student, a grieving professor, and a young man whose valuation of fear and disconnection funnels him into the role of the aggressor. As the community wrestles with the fallout, Bloomland interrogates social and cultural dysfunction in a nation where mass violence has become all too familiar.

Profound and deeply nuanced, Bloomland is a dazzling debut for fans of Denis Johnson and We Need to Talk About Kevin.