The Responsive Environment: Design, Aesthetics, and the Human in the 1970s Larry D. Busbea 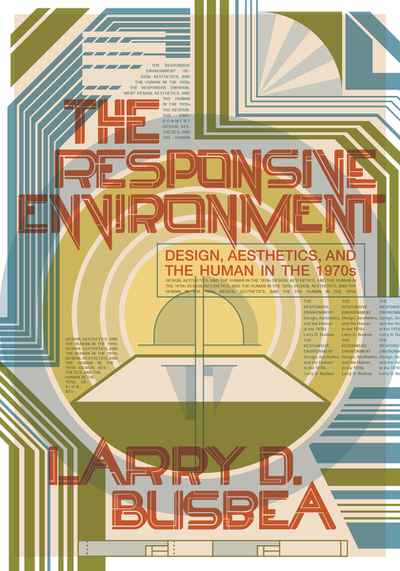 The Responsive Environment: Design, Aesthetics, and the Human in the 1970s
Larry D. Busbea

The history of how new conceptions of human-environment interaction became central to design theories and practices in the 1970s.

At the end of the 1960s, new models of responsiveness between humans and their environments had a profound impact on theories and practices in architecture, design, art, technology, media, and the sciences. The resulting initiatives — design philosophies, art installations, architectural projects, exhibitions, publications, and symposia — sought to bring together insights from biology, systems theory, psychology, and anthropology with modernist legacies of total design.

In The Responsive Environment, Larry D. Busbea takes up this concept of environment as an object and method of design at the height of its aesthetic, technical, and discursive elaboration. Exploring emerging paradigms of environmental perception, patterning, and control as developed by Gregory Bateson, Edward T. Hall, Wolf Hilbertz, Gyoergy Kepes, Marshall McLuhan, Nicholas Negroponte, Paolo Soleri, and others, he shows how living space itself was reimagined as a domain capable of modification through input from its newly sensitised inhabitants. The Responsive Environment intercuts the development of new ideas about environmental awareness with case studies of specific architecture and design projects for responsive environments. Throughout, Busbea connects these theories and practices to the contemporary obsession with 'smart' things: responsive technologies, intelligent environments, biomimetic materials, and digital atmospherics.