Car Design: From the Carriage to the Electric Car Hans-Ulrich Von Mende 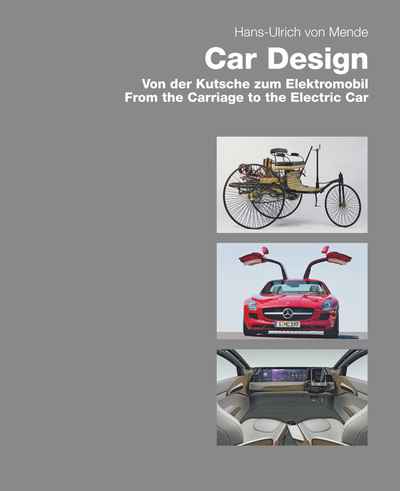 Car Design: From the Carriage to the Electric Car
Hans-Ulrich Von Mende

If laziness is the mother of all inventions, then the car is its masterpiece. The earliest means of locomotion was walking, followed by riding on horses or camels; finally, with the invention of the wheel, came the ability to use carriages, which not only made locomotion far more comfortable but also brought the transportation of goods to a whole new level. It then took millennia for carriages to go from being propelled by horses or oxen to engines.

Initially, cars were the result of pure craftsmanship, based on the concept of the carriage. As manufacturers moved away from metal-panelled wooden frames to an all-steel design, they hesitantly ventured to adopt new forms. Between the two World Wars, North America had the world's largest fleet of cars; this also meant that their design became an increasingly important sales factor. Containing marvellous photographs alongside analytical texts, this book makes exciting reading for all those who love cars.