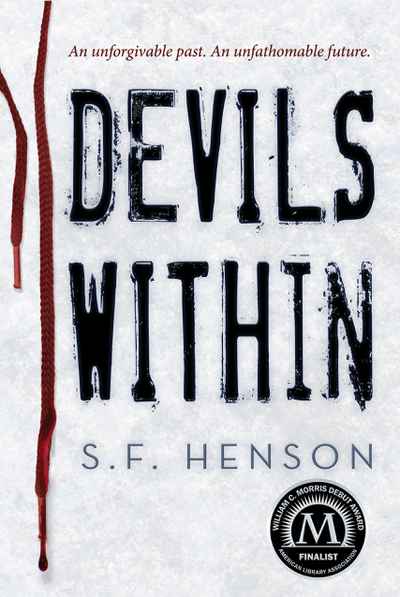 Killing isn't supposed to be easy. But it is. It's the after that's hard to deal with. Nate was eight the first time he stabbed someone, he was eleven when he earned his red laces — a prize for spilling blood for 'the cause.' And he was fourteen when he murdered his father (and the leader of The Fort, a notorious white supremacist compound) in self-defense, landing in a treatment centre while the state searched for his next of kin. Now, in the custody of an uncle he never knew existed, who wants nothing to do with him, Nate just wants to disappear.

Enrolled in a new school under a false name, so no one from The Fort can find him, he struggles to forge a new life, trying to learn how to navigate a world where people of different races interact without enmity. But he can't stop awful thoughts from popping into his head, or help the way he shivers with a desire to commit violence. He wants to be different — he just doesn't know where to start. Then he meets Brandon, a person The Fort conditioned Nate to despise on sight. But Brandon's also the first person to treat him like a human instead of a monster. Brandon could never understand Nate's dark past, so Nate keeps quiet. And it works for a while.

But all too soon, Nate's worlds crash together, and he must decide between his own survival and standing for what's right, even if it isn't easy. Even if society will never be able to forgive him for his sins.