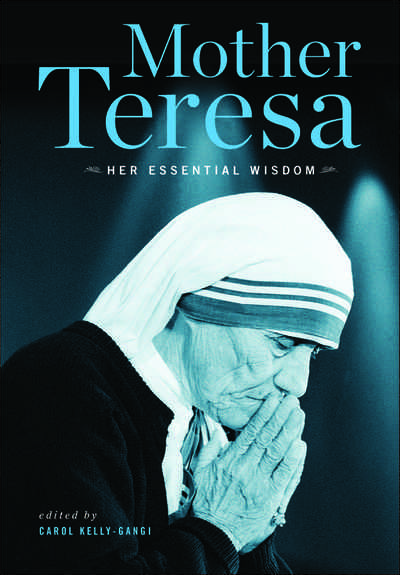 'I see God in every human being. When I wash the leper's wounds, I feel I am nursing the Lord himself. Is it not a beautiful experience?' — Mother Teresa

Mother Teresa (1910–1997) was beloved the world over for her tireless work to serve millions of the world's poor, outcast, ill, and dying. Born Agnes Gonxha Bojaxhiu, in Macedonia, she became a nun and took the name Sister Mary Teresa at the age of eighteen. In the 1930s, she first traveled to India, which became her home. In the following years, through her Missionaries of Charity, she established an international network of clinics, orphanages, and other institutions devoted to helping the poor. In 2016, she was canonized by Pope Francis at a mass attended by tens of thousands.

Mother Teresa: Her Essential Wisdom collects hundreds of quotations from this determined and inspirational woman. In the half‐century of her public life, she visited and spoke in more than one hundred countries about the subjects closest to her heart. In the simple but profound words gathered here, Mother Teresa reflects on the meaning of love, the importance of charity, the need for prayer, the value of family, and the absolute dignity of every human being. Also included is a selection of quotations from world leaders, dignitaries, and religious figures describing Mother Teresa's powerful legacy of faith, compassion, and hope for all humanity.