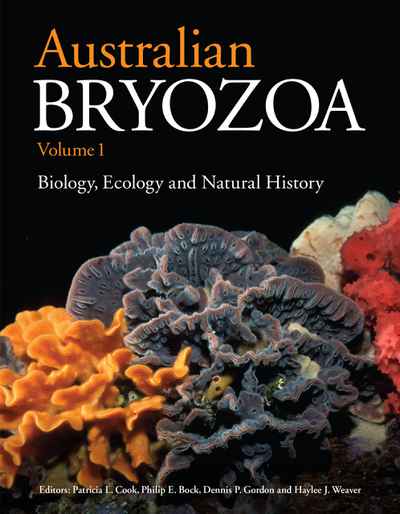 Bryozoans are aquatic animals that form colonies of connected individuals. They take a variety of forms: some are bushy and moss-like, some are flat and encrusting and others resemble lace. Bryozoans are mostly marine, with species found in all oceans from sublittoral to abyssal depths, but freshwater species also exist. Some bryozoans are of concern as marine-fouling organisms and invasive species, while others show promise as sources of anticancer, antiviral and antifouling substances.

Written by experts in the field, Australian Bryozoa Volume 1: Biology, Ecology and Natural History is the first of two volumes describing Australia's 1200 known species of bryozoans, the richest diversity of bryozoans of any country in the world. It contains chapters on the discovery of bryozoans, their morphology, classification and fossil history, their roles in biosecurity and marine benthic environments, and potential uses in biotechnology and ocean acidification. It provides an authoritative reference for biology students, academics and others interested in marine biology.