The Woman in the Dunes Kobe Abe 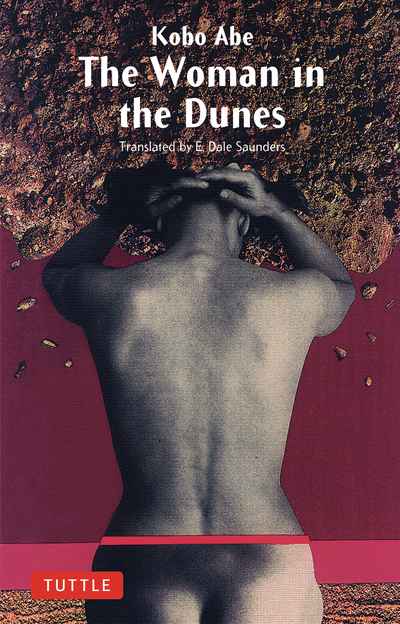 The Woman in the Dunes
Kobe Abe

The first of Kobo Abe's works to be translated into English, and the 1960 winner of the Yomiuri Prize, The Woman in the Dunes is esteemed as one of the finest novels of the post-war period. This is a disquieting tale — with an unusual plot and existential suspense that make it impossible to put down-of an amateur entomologist who journeys to a remote seaside village to search for insects. He disappears, without a trace, and seven years later is declared legally dead. But Niki is alive and has been taken prisoner by the desperate villagers, who need him to help save their small village, which is in constant clanger of being buried under the sand of the encroaching dunes. Lowered, for reasons unknown to him, into the pit home of a young widow whose passivity toward her way of life infuriates him, his futile, frenzied efforts to escape endanger the woman and himself.

Gradually he succumbs to the sheer struggle to survive and the rhythm of a life controlled by sand and its seasons. His relationship with the woman deepens almost against his will, as she offers more and more of herself. When finally there is a chance to escape, he is forced to reexamine his own place in the world and the meaning of his life.