On the Royal Road Elfriede Jelinek 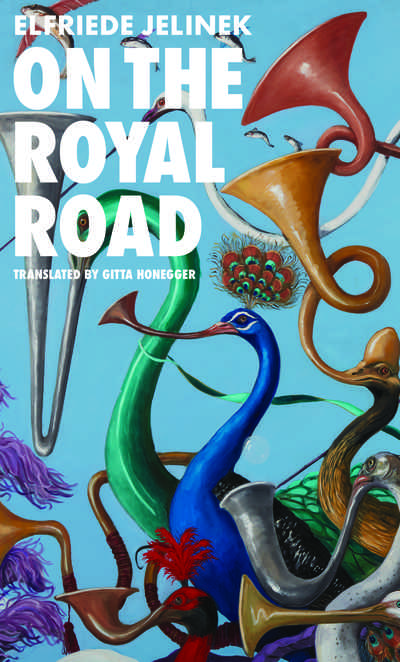 On the Royal Road
Elfriede Jelinek

Nobel Prize winner Elfriede Jelinek is known as a writer who works in response to contemporary crises and cultural phenomena. Perhaps none of her works display that quality as clearly as On the Royal Road. Three weeks after Donald Trump's election, Jelinek mailed her German editor the first draft of this monologue, which turns out to be a stunningly prescient response to Trump and what he represents. In this drama we discover that a 'king', blinded by himself, who has made a fortune with real estate, golf courses and casinos, suddenly rules the United States, and the rest of the people of the world rub their eyes in disbelief until no one sees anything anymore.

On the Royal Road brings into focus the phenomenon of right-wing populism. Carefully perched somewhere between tragedy and grotesque, high-pitched and squeamish, Jelinek in this work questions her own position and forms of resistance.

'Ms. Jelinek's play is a screed of outrage at the political, economic and cultural forces that have brought us to an unprecedented — and for many, unimaginable — moment of crisis for modern democracy. Mr. Trump is never mentioned by name, but the narration sketches an undisciplined, uncouth monarch who has been propped up by obscene wealth, a nonstop media circus and a remarkable talent for self-aggrandizing...[On the Royal Road] is neither a polemic nor a historical dramatization but an of-the-moment allegory for our deeply troubling political, social and economic reality.' — A. J. Goldmann, New York Times

'Jelinek's work is brave, adventurous, witty, antagonistic and devastatingly right about the sorriness of human existence, and her contempt is expressed with surprising chirpiness: it's a wild ride.' — Guardian