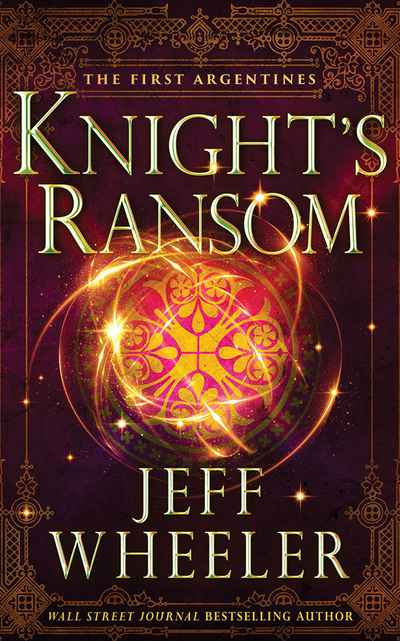 Uneasy lies the head that wears a crown. A brutal war of succession has plunged the court of King fountain into a power struggle between a charitable king who took the crown unlawfully and his ambitious rival, Devon Argentine. The balance of power between the two men hinges on the fate of a young boy ensnared in this courtly intrigue. A boy befittingly nicknamed Ransom.

When the Argentine family finally rules, Ransom must make his own way in the world. Opportunities open and shut before him as he journeys along the path to knighthood, blind to a shadowy conspiracy of jealousy and revenge. Securing his place will not be easy, nor will winning the affection of Lady Claire de Murrow, a fiery young heiress from an unpredictably mad kingdom.

Ransom interrupts an abduction plot targeting the Queen of Ceredigion and earns a position in service to her son, the first born of the new Argentine dynasty. But conflict and treachery threaten the family, and Ransom must also come to understand and hone his burgeoning powers—abilities that involve more than his mastery with a blade and that make him as much a target as his lord.

'With this superlative epic fantasy…Wheeler does an expert job of reintroducing his fantasy world through the eyes of sympathetic characters that fans and new readers alike will root for. This is sure to be a hit.' — Publishers Weekly (starred review)