Bobby the Birdman: An Anthology Celebrating the Life and Work of Bobby Tulloch edited by Jonathan Wills, Mike McDonnell 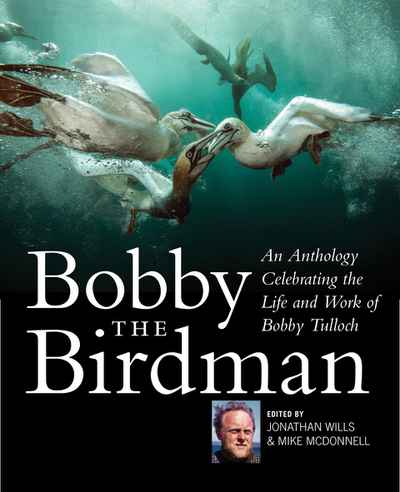 Bobby the Birdman: An Anthology Celebrating the Life and Work of Bobby Tulloch
edited by Jonathan Wills, Mike McDonnell

Bobby Tulloch, known to his pals as 'Tucker', was the son of a crofter in the island of Yell. He'd started his working life as a baker and became, through his own extraordinary talents and a certain amount of good luck, a renowned field ornithologist, tour guide, author and wildlife photographer. He was also an accomplished musician and songwriter, a skilled fisherman and a daring (some would say reckless) navigator of small boats among big rocks. He toured the UK giving illustrated talks for the RSPB and frequently appeared on national TV and radio. But perhaps his greatest skill was for friendship. When he died in 1996 at the age of 67 he was mourned by hundreds of friends throughout his native islands and far beyond. In this book, some of those friends celebrate their many happy memories of his life. After a biographical sketch by Jonathan Wills the stories from other contributors tumble out - dramatic, insightful and usually very funny.