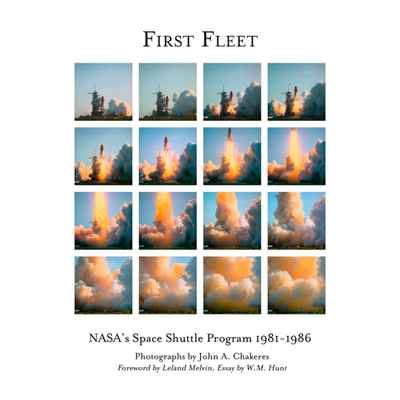 The photographs in "First Fleet" serve as a time capsule of a unique time in the history of manned spaceflight. John Chakeres' "First Fleet" began more then 30 years ago with the launch of the first Space Shuttle Columbia in 1981. With permission to photograph the Shuttle operations at the Kennedy Space Center and in 1981, begun the five-year project photographing the Space Shuttle. The images in "First Fleet" are both majestic, symbolic, and gave the viewer a sense of what was required to fly such a complex piece of technology. One can feel that the images are filled with excitement and optimism about the future of space travel.