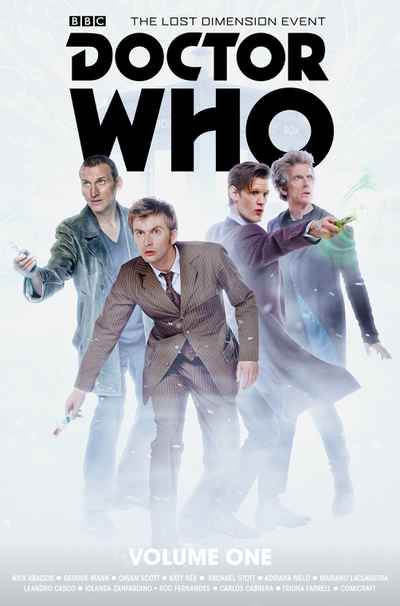 Doctor Who: The Lost Dimension is an epic event – comprised of eight chapters crossing over all four-ongoing series (Ninth, Tenth, Eleventh, and Twelfth Doctor comics).

The event will begin a new era for Titan’s Doctor Who comics, and will find the Ninth, Tenth, Eleventh, and Twelfth Doctor playing their part to battle The Void!

The Void has always existed: “No place. The silent realm. The lost dimension.” But the Void is no longer empty. The Void is hungry, and devouring our universe – through time and space. Now, the four Doctors must join forces to save… everything!