When Lions Roared: The Lions, the All Blacks and the Legendary Tour of 1971 Tom English, Peter Burns 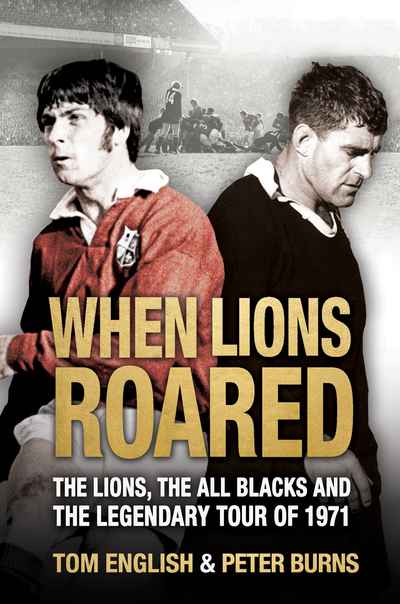 When Lions Roared: The Lions, the All Blacks and the Legendary Tour of 1971
Tom English, Peter Burns

By 1971 no Lions team had ever defeated the All Blacks in a Test series. Since 1904, six Lions sides had travelled to New Zealand and all had returned home bruised, battered, and beaten.

But the 1971 tour party was different. It was full of young, ambitious, and outrageously talented players who would all go on to carve their names into the annals of sporting history during a golden period in British and Irish rugby. And at their centre was Carwyn Jones — an intelligent, sensitive rugby mastermind who would lead his team into the game’s hardest playing arena while facing a ferocious, tragic battle in his personal life, all in pursuit of a seemingly impossible dream.

Up against them was an All Blacks team filled with legends in the game in the likes of Colin Meads, Brian Lochore, Ian Kirkpatrick, Sid Going, and Bryan Williams. But as the Lions swept through the provinces, lighting up the rugby fields of New Zealand, the pressure began to mount on the home players in a manner never seen before. As the Test series loomed, it became clear that a clash that would echo through the ages was about to unfold. And at its conclusion, it was obvious to all that rugby would never be the same again.