Derrick VC in his own words: The wartime writings of Australia's most famous fighting soldier of World War II Edited by Mark Johnston 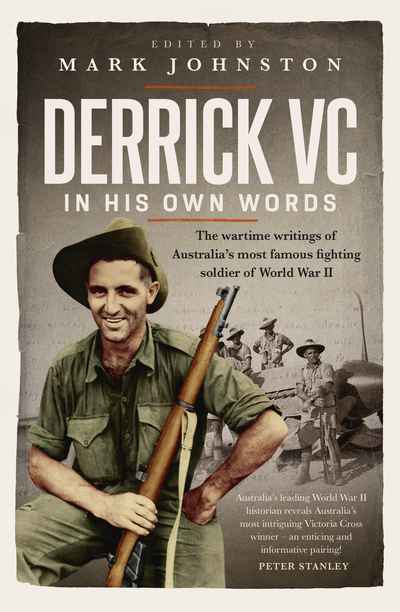 Derrick VC in his own words: The wartime writings of Australia's most famous fighting soldier of World War II
Edited by Mark Johnston

Tom 'Diver' Derrick VC DCM was Australia's most famous fighting soldier of World War II. Derrick fought in five campaigns, won the highest medals for bravery, and died of wounds sustained while leading his men in the war's last stages. His career reached its climax on the jungle-clad heights of Sattelberg in New Guinea, where he won the Victoria Cross by spearheading the capture of seemingly impregnable Japanese defences.

The diaries Derrick kept throughout his campaigns, from Tobruk to Tarakan, are among the most important writings by any Australian soldier. Those diaries and all his other known wartime correspondence and interviews are published here for the first time in their entirety. 'Diver' had only a rudimentary education, but his intelligence, humour, ambition and fighting outlook shine through his words.

Edited and annotated by Mark Johnston, one of Australia's leading authorities on World War II, this book provides unprecedented insights into the mind and the remarkable career of one of Australia's most decorated and renowned servicemen.

'Few historians would be better suited to writing about the soldiers' battles, weapons and equipment during the Second World War than Mark Johnston. Over the past decade he has become the leading historian on the experience of Australian soldiers during the war.' — Karl James, Wartime Magazine