All My Goodbyes Mariana Dimópulos 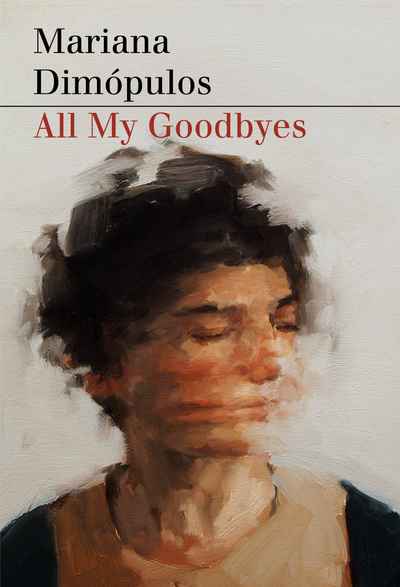 All My Goodbyes
Mariana Dimópulos

This highly acclaimed contemporary Argentinian novel is the first in Giramondo’s Literature of the South series, featuring innovative fiction and non-fiction by writers of the southern hemisphere. It is translated from the Spanish by Australian translator Alice Whitmore.

All My Goodbyes is a novel told in overlapping vignettes, which follow the travels of a young Argentinian woman across Europe (Málaga, Madrid, Heidelberg, Berlin) and back to Argentina (Buenos Aires, Patagonia) as she flees from situation to situation, job to job, and relationship to relationship. Within the complexity of the narrator's situation, a backstory emerges about a brutal murder in Patagonia which she may or may not be implicated in, but whether this is the cause of her flight is never entirely clear – she is driven as much by psychological concerns, her relationship with her father, uncertainty about her identity and purpose in life. The novella is, as the title suggests, a catalogue of goodbyes, the result of a decade-long cycle of self-inflicted alienation which the narrator, despite herself, seems fated to perpetuate. In its structure it recalls the rich Argentinian tradition of Cortazar and Borges; its language is by turns stark and elaborate, brutal in its economy and yet poetic in its imagery.

'She is a writer of montage, of narrative leaps, of what she calls ‘a fragmentary way of seeing’. In her writing we sense at once a farewell and a recognition, a greeting and a rupturing.' — Esther Cross

'All My Goodbyes is one of those books that spins intensity out of brevity. A novel in which careful prose, coupled with an ample and precise vocabulary, coexists with a gracefully non-linear novelistic form.' — Eduardo Berti