Something About Emus: Bininj Stories from Western Arnhem Land edited by Murray Garde 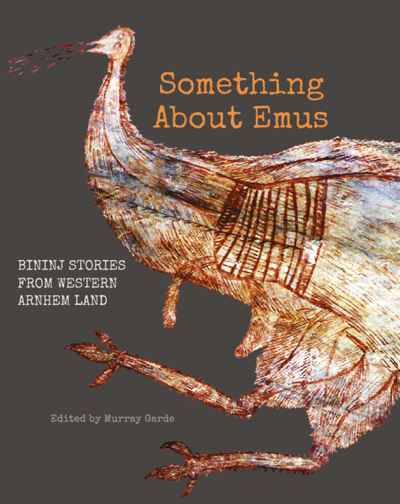 Something About Emus: Bininj Stories from Western Arnhem Land
edited by Murray Garde

The emu is an iconic Australian bird of significance to all Australians, but especially so to Indigenous Australians who have had a special relationship with this curious animal for thousands of years. In this bilingual, highly illustrated, full-colour publication, Something about emus reveals valuable ecological knowledge in a collection of essays by senior members of the Bininj Kunwok language group from Kakadu National Park and Western Arnhem Land. Something about emus goes beyond biology and ecology to encompass other culturally important domains such as the visual and verbal arts, music, ritual and the relationships between humans and animals. Whilst Indigenous ecological knowledge is increasingly acknowledged as a valuable part of Australia's cultural heritage, such knowledge is most richly expressed in Australia's Indigenous languages which have largely remained inaccessible to those outside their communities.