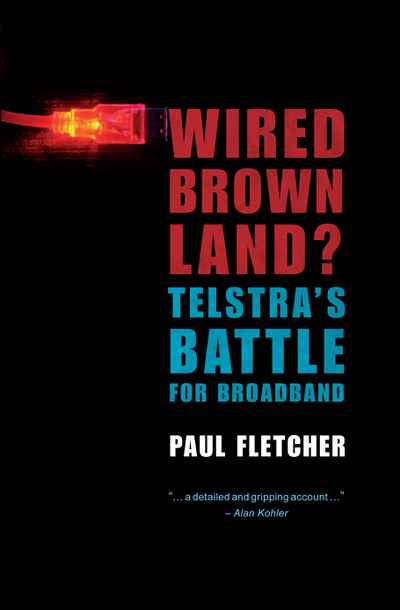 Describes the commercial and political battle between Telstra and everyone else to control Australia's broadband infrastructure, a struggle that escalates as the Government prepares to spend $43 billion on a new broadband network.
Listen to Paul Fletcher preview the recent broadband announcement, on Radio National Breakfast
"...Provides a definitive history of what has driven telecommunications and broadband policy – and, so the book argues, its failures."
CommsDay
"Fletcher provides plenty of insights into the complex telco world, its major players and how they play the policy-making game." Business Spectator
"For anyone who has ever wondered why internet speeds are so much faster when they're overseas, why Telstra seems to charge such high prices, why a Foxtel cable doesn't snake past their house, why they have a patchy, sub-standard internet connection - or why Rudd and co. have bet the farm on a $43 billion Rolls-Royce - the answers are provided here." The Canberra Times