A Whole Scene Going On: Inside the Sixties — From Private Eye to the Pop Revolution
Barry Fantoni 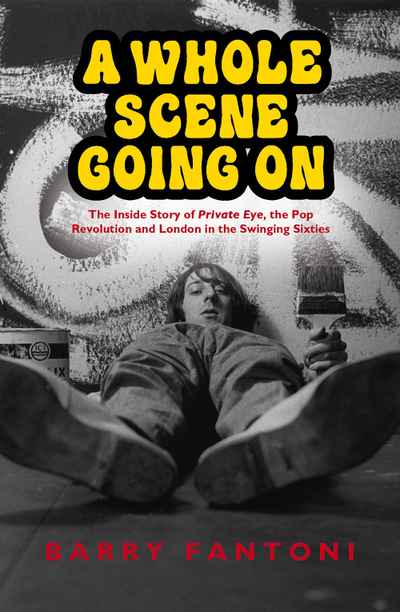 A Whole Scene Going On covers Barry Fantoni's working — and sometimes not working — life from his first sell-out one-man show in 1963 to the point in the late Sixties when the swinging decade merged into the political unrest of the Seventies.

The memoir begins with his early days at Private Eye and his first meeting with Peter Cook, and then covers his work as an illustrator and painter and his television career (Barry was voted Male TV Personality of the Year in 1966). From teaching the Sex Pistols how to draw at Croydon Art.

School and writing a song for Marianne Faithfull to finding a harmonium for Paul McCartney and his lifelong friendship with Ray Davies of the Kinks, Barry's account of the Sixties is a wry and observational gem. The players and the parts they played have been chosen for their genuine contribution to a decade that seems more popular now than it was at the time.

In 1966, a very small restaurant opened on the King's Road. Only the very trendy were invited to the opening night, and those trendsetters were to become, intentionally, its only clientele. They included the Beatles, Michael Caine and his wife, most of the Stones, a few members of The Who...and Barry. Being a true child of the sixties, he cannot recall the name of the restaurant. But the people who dined there are all included in A Whole Scene Going On.