The US Lobby and Australian Defence Policy
Vince Scappatura 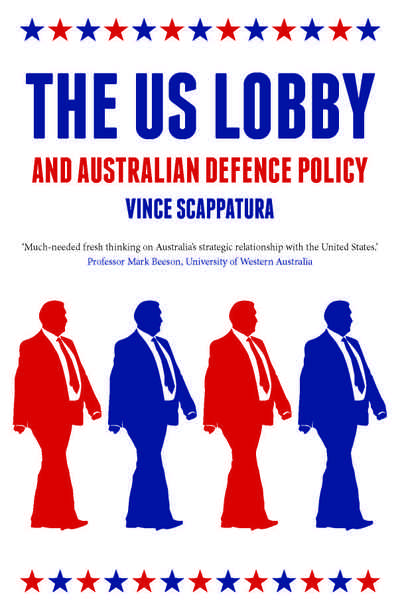 Australian society and its leaders generally take for granted the importance and value of this nation's relationship with the United States. The US is commonly thought of as the world's great purveyor of liberal values and the rule of law, and as a powerful friend indispensable to Australian security. In The US Lobby and Australian Defence Policy Vince Scappatura demonstrates how these conceptions are underpinned by the work of the Australian American Leadership Dialogue, Australia's most important, private, pro-US lobby group.

As the inner workings of this lobby are unveiled for the first time, Scappatura also discusses the considerable costs to Australia of its strong military ties to the US, draws into question notions of 'benign' US power, and demonstrates that suggestions of the US keeping Australia safe from invasion are flatly wrong. For Australia's national security elite, other considerations, to do with power and wealth and spreading political influence, are to the fore.