The Populist Explosion: How the Great Recession Transformed American and European Politics
John B. Judis 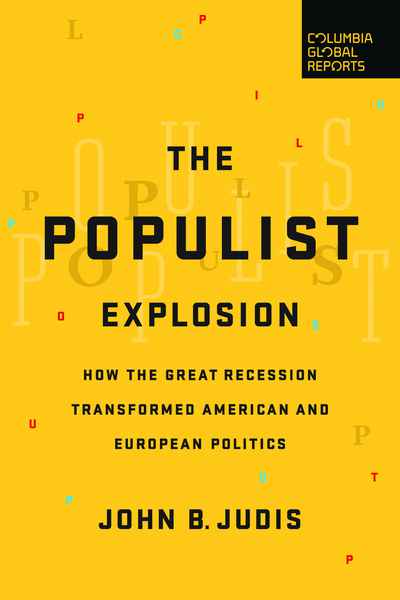 "Far and away the most incisive examination of the central development in contemporary politics: the rise of populism on both the right and the left. Superb." - Thomas Edsall, New York Times columnist
What's happening in global politics, and is there a thread that ties it all together? As if overnight, many Democrats revolted and passionately backed a socialist named Bernie Sanders; the United Kingdom voted to leave the European Union, in a stunning rebuke; the vituperative billionaire Donald Trump became the presidential nominee of the Republican Party; and a slew of rebellious parties continued to win election after election in countries like Switzerland, Norway, Italy, Austria, and Greece.
John B. Judis, one of America's most respected political analysts, tells us why we need to understand the populist movement that began in the United States in the 1890s and whose politics have recurred on both sides of the Atlantic ever since. The Populist Explosion is essential reading for anyone hoping to grasp a global political system that is only just beginning what will be a long-running and highly consequential readjustment.