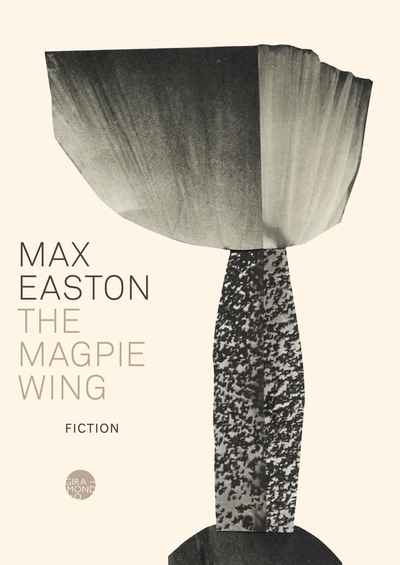 Helen, Walt and Duncan are looking for ways to entertain themselves in the sprawl of Sydney’s western suburbs. Walt, scrappy and idealistic, wants to prove a point, and turns to petty vandalism. His friend Duncan sticks to his fledgling football career, and sexual encounters in strange houses. Walt’s sister Helen, restless and seeking something larger than herself, is forced by scandal to leave the family home. As they move into adulthood they gravitate to the dingy glamour of the inner-city suburbs, to escape their families’ complicated histories, and in search of new identities, artistic, sexual and political.

The Magpie Wing is set on football fields, in punk gigs, and in dilapidated and gentrifying pubs, moving from the nineties to the present, and between the suburbs and the inner city. Max Easton’s debut novel explores how, even in a city divided against itself, disparate communities — underground music scenes, rugby league clubs, communist splinter groups — share unexpected roots.

'Max Easton’s The Magpie Wing is a moving portrait of a city and region undergoing enormous change, told through the perspectives of three unique, sympathetic and vulnerable characters...an exciting debut that tells a compelling story...I recommend it to anyone who reads contemporary Australian literary fiction.' — Brad Jefferies, Books+Publishing