The ANZAC Book, 3 Edition
edited by The Australian War Memorial 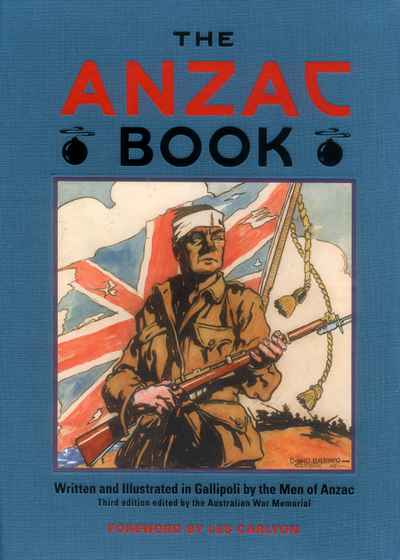 Few books have ever been produced under such harsh conditions as The Anzac Book. Created by soldiers under enemy fire and in extreme hardship, the illustrations, stories, cartoons and poems were intended as a Christmas and New Year diversion for soldiers facing a harsh winter in the trenches on Gallipoli. The Anzac Book became the finest ‘trench publication’ produced by soldiers during the Great War and was an instant bestseller when first released in 1916. This new edition includes a reproduction of the original book, a foreword by acclaimed author Les Carlyon, an introduction from Australian War Memorial historian Ashley Ekins and material originally rejected by the editor, official war correspondent Charles Bean, but preserved in the collections of the Memorial.

Watch an interview with Les Carlyon on the 7.30 Report