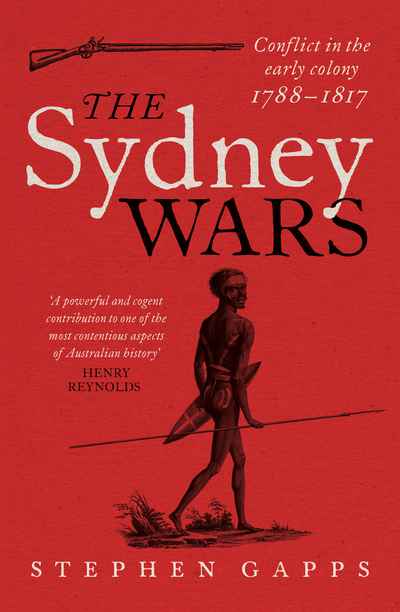 The Sydney Wars tells the history of military engagements between Europeans and Aboriginal Australians – described as 'this constant sort of war' by one early colonist – around the greater Sydney region.

Telling the story of the first years of colonial Sydney in a new and original way, this provocative book is the first detailed account of the warfare that occurred across the Sydney region from the arrival of a British expedition in 1788 to the last recorded conflict in the area in 1817. The Sydney Wars sheds new light on how British and Aboriginal forces developed military tactics and how the violence played out.

Analysing the paramilitary roles of settlers and convicts and the militia defensive systems that were deployed, it shows that white settlers lived in fear, while Indigenous people fought back as their land and resources were taken away. Stephen Gapps details the violent conflict that formed part of a long period of colonial strategic efforts to secure the Sydney basin and, in time, the rest of the continent.

'A powerful and cogent contribution to one of the most contentious aspects of Australian history: the war between British settlers and the First Nations. The fine detailed research will mean that we will have to radically reassess our understanding of the history of the first thirty years of settlement.' — Henry Reynolds

'Historian Stephen Gapps' new book details the first 30 years of European–Aboriginal interaction in the Sydney basin...Gapps' assiduous use of original sources – gazettes, letters and personal accounts – makes for a compelling story and an even more important history.' — The Saturday Paper

'Historian Stephen Gapps has written an extraordinarily detailed study of contemporary sources from Sydney between the years 1788 and 1817.'  — Aboriginal Art Directory

'The Sydney Wars is a valuable contribution to the way we understand both the history of the early years of British settlement in Sydney and the way we consider Australian origins.' — Dictionary of Sydney