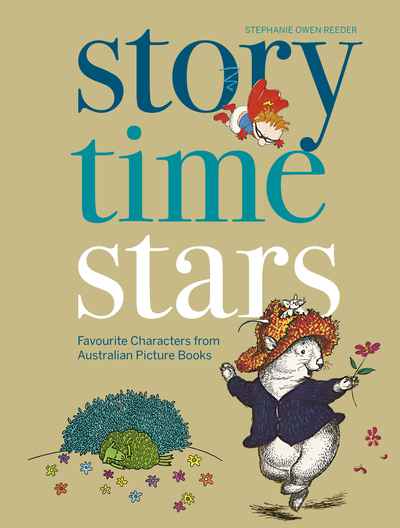 From Snugglepot and Cuddlepie to the green sheep and Pig the Pug, Australian children's book characters have always delighted the young and young-at-heart. Get together with old friends and meet new ones in this lighthearted retrospective of much-loved characters from over a century of Australian illustrated books for children.

Many will be delighted to reencounter Albert, the cranky cut-and-come-again magic pudding, who has fought the puddin' thieves in multiple editions, as well as across the stage in musical theatre, puppet shows, animated films and opera. Others will be thrilled to see lovable grass tree Grug, who was once described by The New York Times as the 'Elmo of Down Under', and who has bustled through over 30 picture books since he first appeared in Grug in 1979.

With such classic characters included alongside newer stars, parents and grandparents can not only share their favourites, but can also get to know the newer characters who enchant their children and grandchildren. Today's little ones love to go searching for Mem Fox and Judy Horacek's green sheep, who won the CBCA Early Childhood Book of the Year Award in 2005. They grump along with Nick Bland's bear, who has been cranky, itchy, hungry and noisy, to name but a few of his dispositions. And they giggle at greedy Pig, the pug, who is awfully mean to his flatmate Trevor, but who always gets his comeuppance in the end.

All these characters and more showcase the breadth of Australian children's books over the last century and give readers of all ages the chance to get to know their favourite characters a little better.