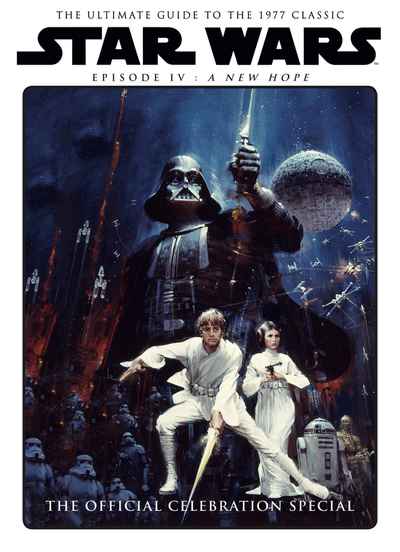 Behind-the-scenes of the original Star Wars movie! A detailed look at the making of the movie that started it all: A New Hope! Featuring rarely seen images, information on the creation of the story and the realization of the iconic elements that came together to create an enduring modern myth that has enthralled audiences for decades.

1977 marked the release of a space fantasy film like nothing else. It grew to become an iconic film that spawned sequels, prequels, comic books and novels, and changed movies forever.

This book concentrates solely on that first film, charting the difficult journey from script to screen, the creation of the characters that soon became household names, and the stunning special effects sequences that blew audiences away and have been dazzling them ever since.

The essential book is lavishly illustrated with rare photos and art from Lucasfilm.