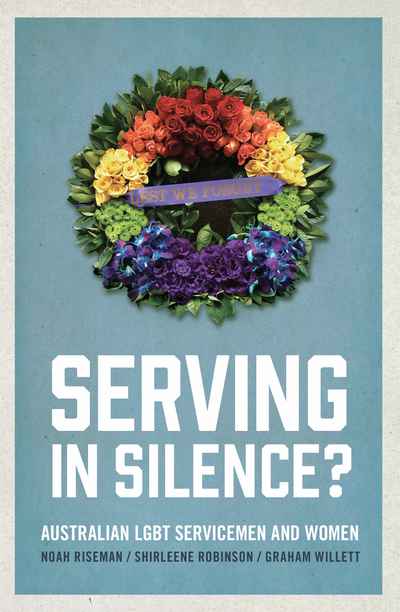 For the first time, Serving in Silence? reveals the integral role played by lesbian, gay, bisexual and transgender men and women in Australia's military after the Second World War. Their powerful personal stories, recounted with searing honesty, illustrate the changing face of the Australian Defence Force, the pivotal role of military service in the lives of many LGBT Australians, and how they have served their country with distinction.

'To put service before self in our Nation's name is the essence of being a member of our Defence Force. Such commitment is to be respected and honoured. Yet, for too long, our LGBT personnel served in silence. This book gives voice to men and women who served in the face of prejudice and discrimination. It is an affirmation of how Australia and its Defence Force are changing for the better.' — LIEUTENANT GENERAL DAVID MORRISON, former Chief of Army and 2016 Australian of the Year