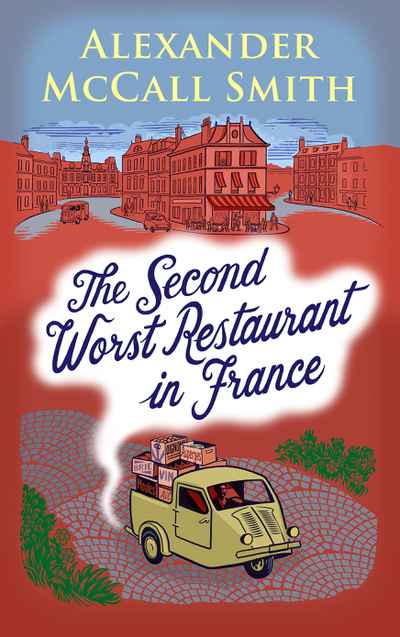 Paul Stewart has returned to Scotland to continue his successful career. His agent and girlfriend, Gloria, has arranged for him to write The Philosophy of Food in Six Easy Chapters, a project he relishes but that will have to be delivered in six months. It is not going well, as Paul finds his domestic circumstances unsuited to concentrated hard work: Gloria has now moved in with him (not specifically invited) and has brought with her two extremely vocal and demanding Siamese cats. The cats give Paul no peace.

Beginning to worry that The Philosophy of Food will never be written Paul calls on the aid of his cousin, Chloe, who suggests a radical course of action. She has taken a six-month lease on a house in a French village not far from Poitiers and invites him to join her there and get the book finished in peace. He needs no second bidding and it is not long before he escapes to France.

Once there, however, Paul finds his fortunes tangled up with the fate of one eating establishment in the village: the infamous Second Worst Restaurant in France...

'A fascinating, funny and totally enjoyable study of human quirkiness, as it only could be under the sun in Tuscany, penned by a master wordsmith’ — Blue Wolf Reviews on My Italian Bulldozer

‘A series of laugh-out-loud adventures moving — quite literally — through the Tuscan countryside!’ — Edinburgh Life, Best Christmas books on My Italian Bulldozer