River Dreams: The people and landscape of the Cooks River
Ian Tyrrell 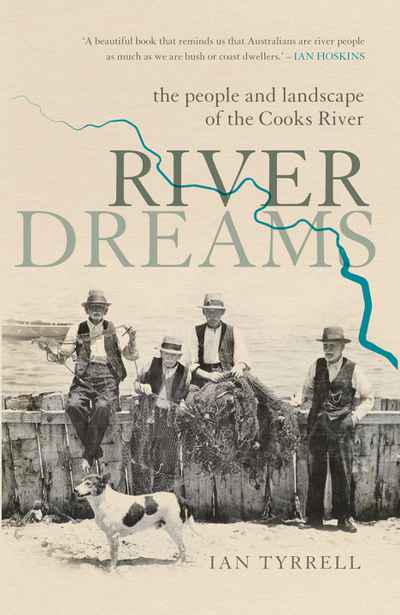 River Dreams reveals the complex history of the Cooks River in south-eastern Sydney — a river renowned as Australia's most altered and polluted. While nineteenth century developers called it 'improvement', the sugar mill, tanneries, and factories that lined the banks of Sydney's Cooks River had drastic consequences for the health of the river. Local Aboriginal people became fringe dwellers, and over time the river became severely compromised, with many ecosystems damaged or destroyed. Later, a large section was turned into a concrete canal, and in the late 1940s the river was rerouted for the expansion of Sydney Airport.

While much of the river has been rehabilitated in recent decades by passionate local groups and through government initiatives, it continues to be a source of controversy with rapid apartment development placing new stresses on the region. River Dreams is a timely reminder of the need to tread cautiously in seeking to dominate, or ignore, our environment.

A beautiful book that reminds us that Australians are river people as much as we are bush or coast dwellers.' — Ian Hoskins

Like all the best local history, Ian Tyrrell's wonderful book on Sydney's Cooks river appeals to an audience far beyond those who are locals...Tyrrell skilfully uses its history to weave a much bigger story about the changing demands of white settlement on the landscape.' — Mike Ticher, The Guardian, Best Australian Books of 2018

The podcast of Ian Tyrrell's interview with ABC Sydney Breakfast is available here.