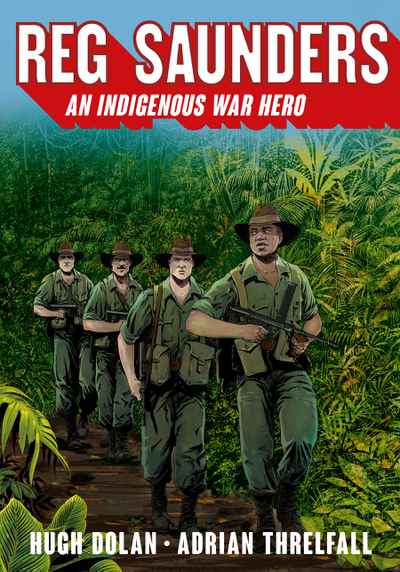 The little-known story of Reg Saunders, the first Indigenous Australian to become an officer in the Army, retold in action-packed graphic format. Reg Saunders MBE (1920–90) not only survived the World War II battlefields in the Middle East, North Africa, Greece, Crete and New Guinea, but excelled as a military leader. He was recommended for officer training and, in 1944, returned to New Guinea as a platoon commander – the first Aboriginal Australian to serve as a commissioned officer. What happened during the war to transform a determined young man from country Victoria into a war hero – one who would go on to serve with distinction in the Korean War, and become a pioneering figure for Indigenous rights?

'Reg Saunders immortalised in comic, An Indigenous War Hero,' featured in  The Age