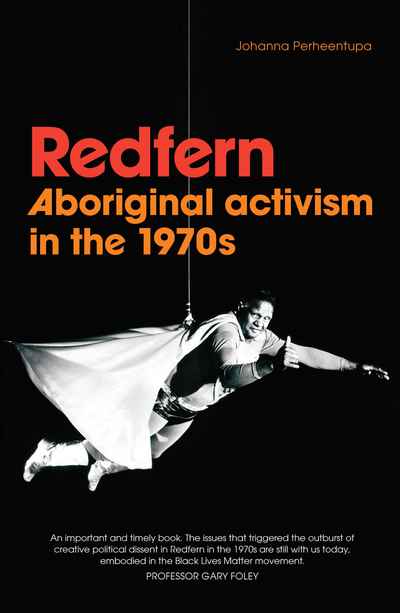 In the 1970s the run-down inner-city suburb of Redfern was a gathering place for Aboriginal intellectuals and ambitious young radicals. Having fled poverty and segregation in rural Australia in the 1950s and 60s, they set about fulfilling their vision – a new way of living, where Aboriginal people could control their own lives – politically, economically and culturally.

Redfern: Aboriginal activism in the 1970s is the previously untold story of how they set about fulfilling their dreams. In a fast-paced burst of creativity and hard work, in just three years an Aboriginal health service, a housing cooperative, a legal service, a child care centre and a black theatre in Redfern were established. They had some support, and the promise of self-determination under the newly elected Whitlam's Labor government, but there was also abuse and discrimination. This is the story of how, with hard work, humour and vision, they prevailed to build organisations that have served as models for similar organisations all over Australia.

'A timely and overdue study of one of the most exciting time periods in Aboriginal political history.' — Professor John Maynard

'The 1960s gave protest a voice. By the early 70s, the Aboriginal voice had become very loud near the heart of Sydney, in Redfern. It was thrilling. I knew at the time that something important was happening, but until reading Johanna Perheentupa's Redfern, I didn't know how important.' — Bryan Brown, actor