Power of the Pedal: The Story of Australian Cycling
Rupert Guinness 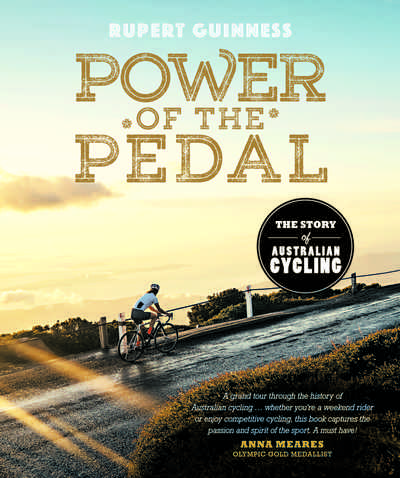 Bicycles changed our lives! They meant a new and faster way to get around, in both the country and the city, and gave rise to ways of exploring, socialising and competing.

In the nineteenth century bicycles gave us 'overlanders', adventurers who explored new routes through rugged terrain; cycling clubs, which gave women a new kind of freedom to mix socially with men: and novel kinds of racing.

In Power of the Pedal, cycling journalist Rupert Guinness reveals 200 years of the bike in Australia, covering not only its place in Australian everyday life but also the big races, here and abroad. Along the way, read about well-known Australians –from Sir Hubert Opperman to Kathy Watt, Cadel Evans and Anna Meares–whose cycling feats have entertained and inspired many.