People Power: The history and the future of the referendum in Australia
George Williams, David Hume 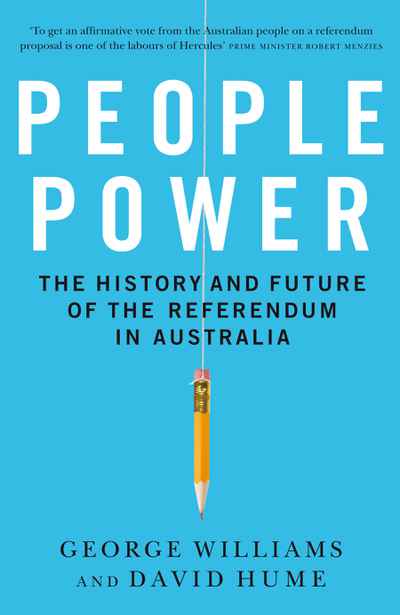 From the failed attempt to ban communism in 1951 to the unsuccessful republican referendum of 1999, Australians have been cautious about constitutional change, approving only eight out of 44 referendum proposals in just over 100 years – a success rate of about 18%. People Power is the only full history of constitutional change in Australia. It closely examines Australia's referendum record, and explains why success has been so rare. It includes interviews with leading proponents for constitutional change, alongside political cartoons, advertising and brochures from key referendum campaigns. Following their sustained analysis of each referendum campaign, the public response and the forces that shaped the outcome, the authors argue that the key to a successful referendum is truly engaging the people in the political process.