Once a Copper: The Life and Times of Brian ‘The Skull’ Murphy
Vikki Petraitis 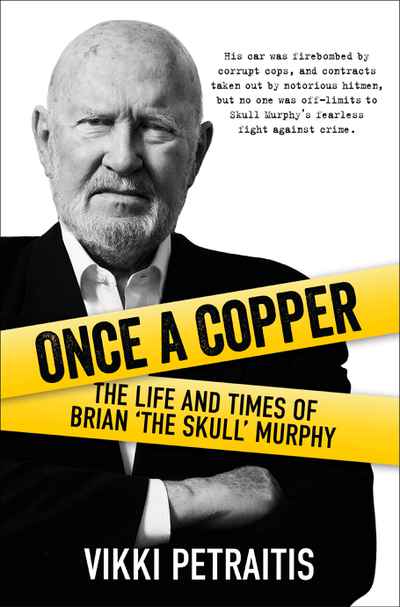 Once a copper, always a copper. At least that's how it seems for Brian 'The Skull' Murphy, long-retired but sought out by a trail of journalists and cops who regularly beat a path to his door. Once known as Australia's toughest cop, The Skull was both charged with manslaughter (and acquitted), then awarded a Valour Award for bravery in the line of duty. It is these two sides to the complex man that intrigue audiences to this day.

A non-drinking, Catholic family man, The Skull didn't fit the 1950s police mould and often found himself on the outer among his colleagues. Dodging crooks and corruption on both sides of the thin blue line, The Skull carefully cultivated a reputation for being a 'mad bastard'. Over 40 men felt the sting of his bullets, and many more felt the sting of his fists.

But behind Australia's toughest cop lay a personal secret of sexual abuse which Murphy shares publicly for the first time, in the hope that it will help others. This abuse formed the kind of police officer he later became — tough on the bad guys, but fiercely protective towards victims.

With today's political correctness and strict rules of conduct, there will never be another big personality copper like Brian 'The Skull' Murphy. This is his story.