Not Guilty: Queer Stories from a Century of Discrimination
Sue Elliott, Steve Humphries 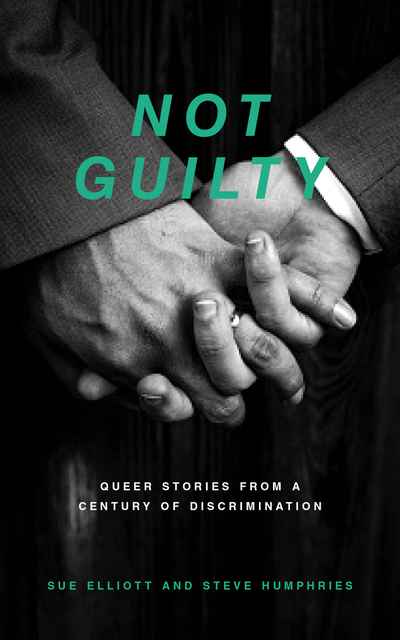 Only fifty years ago, sex between men was a crime. The 1967 Sexual Offences Act changed that in part, but it was only the beginning of the long fight for equality in the eyes of the law, in society and in millions of private lives.

This vital new oral history – to accompany a Channel 4 documentary of the same title – tells that story through the lives of gay men who lived through those years. Built around the intimate testimonies of some exceptional but largely unknown characters, it tells previously untold stories of denial, deceit, and subterfuge, public pain, and secret pleasure through the ten tumultuous decades before and since that watershed Act.

The human variety of gay experience is all here: lives lived in joyous defiance of the law and a repressive society; others always in fear of a prurient tabloid press. Those committed to love and others to licence: lifelong affairs alongside casual sex. This anniversary year is a good time to record the past, celebrate achievements, and remember that hard-won freedoms can so easily be eroded in uncertain times.