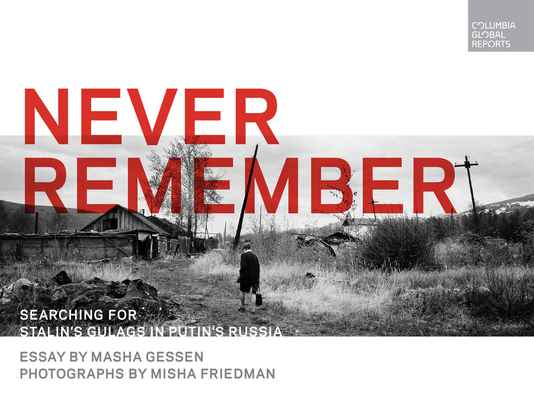 A haunting literary and visual journey deep into Russia's past — and present.

The Gulag was a monstrous network of labor camps that held and killed millions of prisoners from the 1930s to the 1950s. More than half a century after the end of Stalinist terror, the geography of the Gulag has been barely sketched and the number of its victims remains unknown. Has the Gulag been forgotten?

Writer Masha Gessen and photographer Misha Friedman set out across Russia in search of the memory of the Gulag. They journey from Moscow to Sandarmokh, a forested site of mass executions during Stalin's Great Terror; to the only Gulag camp turned into a museum, outside of the city of Perm in the Urals; and to Kolyma, where prisoners worked in deadly mines in the remote reaches of the Far East. They find that in Vladimir Putin's Russia, where Stalin is remembered as a great leader, Soviet terror has not been forgotten: it was never remembered in the first place.