Trust Me: Australians and their politicians
Jackie Dickenson 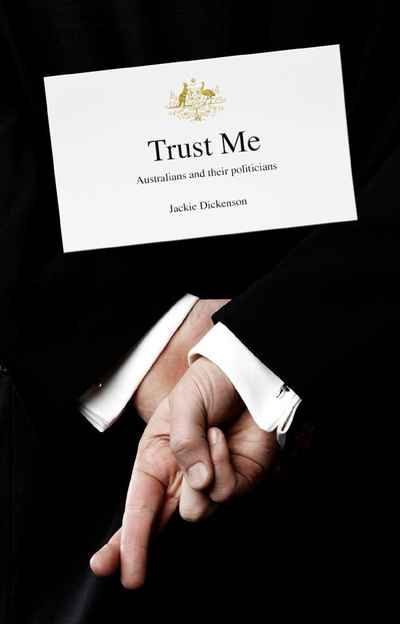 It's not news that Australians don't really trust their politicians and the relationship between politicians and the people who elect them is certainly not warm and cuddly. But as this lively book shows, the 'crisis of trust' has a long history. The path from mutton chop-whiskered colonial politicians to 'Honest Johnnie' and 'Juliar' is a rich and colourful one. From the 1850s to the 2013 election, Jackie Dickenson traces the ways in which this animosity has changed or hasn't. While we're always being told that cynicism about politics is on the rise, she argues that having blind trust isn't a desirable alternative either. And does the rise of personality politics make it all the media's fault? She asks tough questions, revisits scandals, explores times of trauma and difficulty for the nation, and concludes that Australian voters don't have it too bad.