Money and Politics: The democracy we can't afford
Joo-Cheong Tham 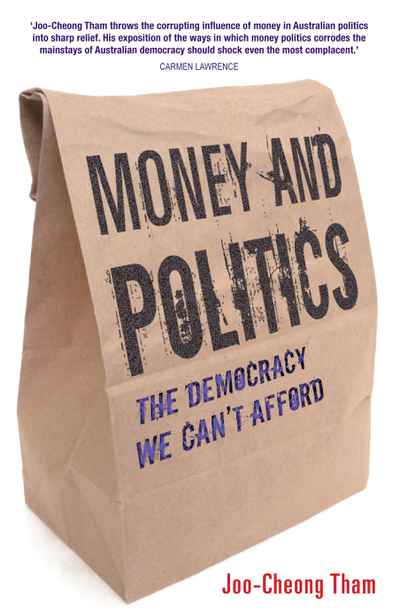 Money plays a controversial role in Australian politics. Political donations may spark claims of secret contributions and corruption. Do corporations or trade unions have undue infl uence over political parties by way of donations? Meanwhile, the activities of well-paid lobbyists come under the spotlight, with claims of preferential treatment and 'favours for mates'. What role should lobbyists have in our political system? Public funding for political parties also attracts its share of criticism. Has it made politics fairer or entrenched the position of the major parties? There is a fear that while Australian politics has the trappings of a democracy, they mask an oligarchy where political power rests with only a few rich and powerful citizens and corporations. Money and Politics: The democracy we can't afford systematically dissects how political parties raise and spend money and asks what this means for our democracy.