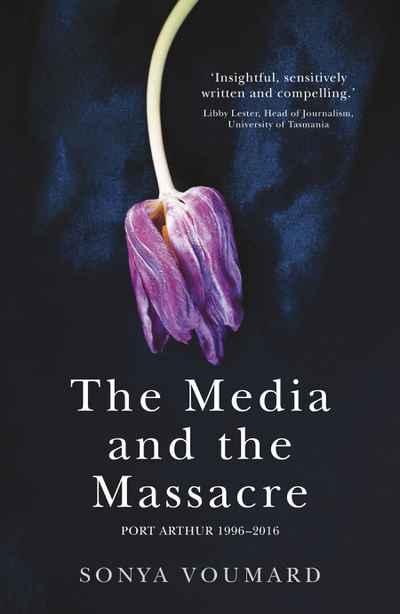 'An unflinching dissection of the relationships between journalists and their subjects – a compelling exposé of journalistic culture.' John Dale, author of Huckstepp

Sonya Voumard's The Media and the Massacre is a chilling portrayal of journalism, betrayal, and storytelling surrounding the 1996 Port Arthur massacre. Inspired, in part, by renowned American author Janet Malcolm's famously controversial work The Journalist and the Murderer, Voumard's elegant new work of literary non-fiction examines the fascinating theme of 'the writer's treachery'. The author brings to bear her own journalistic experiences, ideas and practices in a riveting inquiry into her profession that is part-memoir and part ethical investigation. One of her case studies is the 2009 book Born or Bred? by two prominent journalists – Robert Wainwright and Paola Totaro – about the perpetrator of the Port Arthur massacre, Martin Bryant, and his mother Carleen Bryant. Carleen received an undisclosed legal settlement, over the best-selling book's use of her personal manuscript.

In the lead-up to the 20th anniversary of the Port Arthur massacre, The Media and the Massacre explores the nature of journalistic intent and many of the wider moral and social issues of the storytelling surrounding the events and their place in our cultural memory.